Less than a week ago, I had a conversation with another author in which she asserted that she can always identify an amateur author by the fact that they describe their characters upon introduction. I didn’t respond. I was a little shocked and I didn’t know what to say. She explained that she could be friends with someone for years and never know what color their eyes are, so an eye color description in a book was a tell, practically a sign screaming amateur. She went on, saying that in her first book, she didn’t describe any of her characters. At all.

“But do they need to be described?” asked a second author, who’d joined the conversation.

To answer that question, I have to pull out my favorite Jewish answer: it depends. 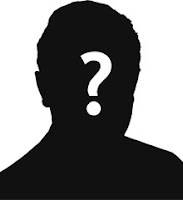 I’ve thought about this, worried about this, even obsessed about this a little (okay, maybe more than a little) since the conversation took place. I know that I’m sensitive to it because my first ever bad review (to which I did not respond, thank you very much) was about my character descriptions. This reader (not a professional reviewer) even used the same trigger word, saying that descriptions are the mark of an amateur writer.

I’m willing to take constructive criticism. Some of my beta readers actually wanted more description (body type, clothing, stature, facial features) because they couldn’t picture the characters otherwise. Other beta readers took the opposite stance: “Why do I care what color her hair is? Get on with the story.”

That said, I also have learned in my growth as a writer that the old instructions to writers, imparted in sage tones by prestigious-award-winning authors, no longer apply in today’s reading climate. It used to be that description, whether of character or setting, was the place where an author’s prose could have free rein to explore flowery language and poetic combinations of sounds when read aloud. But now? Now readers want action. They want dialog. They want, it seems to me, something more like a script.

There’s no description on TV or in the movies. What a character wears, looks like, observes in their scenery is just there. We know which cops wear suits and ties and which ones somehow manage foot chases in low-cut silk blouses and high heels because we see it. But we don’t really process what we’re seeing. We’re too engaged in the plot and the dialog.

I disagree. It’s the opposite for me. Lack of any description leads (for me) to a difficulty in seeing and therefore connecting with the characters. I don’t want to have to do my own casting for the story. I want to know what the author pictured. I want to be invited in, to feel like I’m there, and that’s hard when all I have are faceless names on a page.

But I’m also a visual person, and not all readers are. Perhaps, then, it’s simply a matter of style, or taste. I like it when authors use some description, because that draws me in. I don’t like long laundry lists of description for every character (age, height, weight, hair color, eye color, distinguishing marks, corrective lenses, clothing style/color, gender expression, organ donor: yes/no, ad nauseam). I don’t like laundry lists so I don’t write them either.

Part of what sticks in my craw is really the application of the word amateur. So I did a little digging (in my bookcase) for other mystery/suspense/thriller novels. This is by no means an exhaustive list. It is, however, a nice sampling, and I think it supports my point that the use of description is the author’s style and may not be for everyone, but doesn’t make that author any less talented or skilled or experienced. Here’s what I found:

Agatha Christie, Evil Under the Sun (1940), “pocket book” edition, p. 16: “Young Mrs. Redfern had taken off her rubbery cap and was shaking out her hair. She was an ash blonde and her skin was of that dead fairness that goes with that colouring. Her legs and arms were very white. With a hoarse chuckle, Major Barry said: “Looks a bit uncooked among the others, doesn’t she?”
Wrapping herself in a long bath-robe, Christine Redfern came up the beach and mounted the steps towards them. She had a fair serious face, pretty in a negative way, and small dainty hands and feet.”

Robert Ludlum, The Bourne Ultimatum (1990), mass market edition, p. 6: “…the driver a long-framed man, his sharp-featured face intense, the muscles of his jaw pulsating, his clear light-blue eyes furious. Beside him sat his strikingly attractive wife, the reddish glow of her auburn hair heightened by the dashboard lights. In her arms was an infant, a baby girl of eight months; in the first backseat was another child, a blond-haired boy of five…”

Robert Ludlum, The Bourne Ultimatum (1990), mass market edition, p. 13: “There was a brief knock on the door and the DCI called out for the visitor to enter. A medium-sized, slightly overweight man with wide eyes magnified behind steel-rimmed glasses walked into the room…”

Jonathan Kellerman, Therapy (2004), hardcover edition, p. 4: “He waited, green eyes dimmed to near brown in the miserly light of the restaurant. Under the spotted napkin was a baby blue polo shirt that really didn’t work well with his pallid complexion. His acne pits were flagrant, his jowls gravid as freshly filled wineskins. Long white sideburns frizzed his big face, a pair of skunkish stripes that seemed to sprout artificially from his black hair. He’s a gay policeman and my best friend.”

Note: While not the protagonist, this is a major supporting character. This description does not overtly provide mood or feelings, but it does paint a clear picture, and gives us some insight into what the character thinks of himself and what others think of him, which come into play later in the book. Let’s look at a minor character…

Jonathan Kellerman, Therapy (2004), hardcover edition, p. 9: “She was in her midforties, trim but wide in the hips, wore green velour sweats, glasses on a chain, and nothing on her feet. Ash-blond hair was texturized to faux carelessness. At least four shades of blond that I could make out in the light over the doorway, blended artfully. Her nails were painted silver. Her skin looked tired.”

Lee Child, Bad Luck and Trouble (2007), hardcover edition, p. 16: “She hadn’t changed much in the four years since had last seen her. She had to be nearer forty than thirty now, but it wasn’t showing. Her hair was still long and dark and shiny. Her eyes were still dark and alive. She was still slim and lithe. Still spending serious time in the gym. That was clear. She was wearing a tight white T-shirt with tiny cap sleeves and it would have taken an electron microscope to find any body fat on her arms. Or anyplace else.
She was a little tan, which looked good with her coloring. Her nails were done. Her T-shirt looked like a quality item. Overall she looked richer than he remembered her. Comfortable, at home in her world, successful, accustomed to civilian life. For a moment he felt awkward about his own cheap clothes and his scuffed shoes and his bad barbershop haircut.”

John Sandford, Gathering Prey (2015), hardcover edition, p. 32 (protagonist description): “Lucas was a tall man, dark-haired except for a streak of white threading across his temples and over his ears, dark-complected, heavy at the shoulders. He had blue eyes, a nose that had been broken a couple of times, and a scar that reached from his hairline down over one eye, not from some back-alley fight, but from a simple fishing accident. He had another scar high on his throat, where a young girl had once shot him with a piece-of-crap street gun. So his body was well lived in, and he’d just turned fifty, and didn’t like it.”

John Sandford, Gathering Prey (2015), hardcover edition, p. 77 (minor-character description): “Chet got out of the car and an old man came to the front door of the house, pushed the screen door open, and stepped out. He had a mustache over a three-day beard, watery blue eyes behind plastic-rimmed glasses. He was wearing overalls and rubber boots, and carrying a pump shotgun, a 12-gauge.”

None of these samples are from first books for these authors, so we can’t say that it was a newbie mistake and they’re better now. All of these authors are award-winners. All are or have been bestsellers. All have sold a freaking lot of books and have huge fan bases.

I had to look a little harder for a book with little or no description, but I did find one…

Erin Hart, The Book of Killowen (2013), hardcover edition, p. 20 (non-protagonist description): “For three days and three nights, she had studied his face against her pillow—dark hair and eyes, flawless pale skin that had somehow retained the high color of youth, though he was probably at least forty.”

Erin Hart, The Book of Killowen (2013), hardcover edition, p. 29 (protagonist description): “She let her gaze caress the back of Cormac’s head, admiring, as she so often did, the curve of his skull, how pleasingly it intersected with the angle of his jaw. Whenever he turned to speak she once again remembered the meandering path those same lips had traced across her bare skin only a few short hours ago.”

There is a great deal of description of setting (Ireland) and scenes (“The cottage roof was stoved in and the windows were broken, the frames peeling paint; every wall seemed invaded by damp and mold.”), but almost nothing of characters.

What I am willing, even eager to say—and say loudly—is that character description is part of the author’s style and what the author wants to convey to readers. Every traditionally published book (and these all are) goes through at least one editor’s hands many, many times over. If it makes it into print, it was okayed by the editor(s). If character description was a bad thing, it would be edited out by all editors, not just the ones who don’t care for it.

And that’s ultimately what this all comes down to: preference. Some authors use a lot of description while others don’t feel they need to use any. Some readers prefer description, others can’t stand it. Most readers have learned that if they dislike description, they can skim over it and quickly get back to the dialog.

One last note: self-published books and books published through publishing services (like CreateSpace) are a mixed bag. Some are extensively edited by professional book editors, and in such cases, the use of description is the same as with a traditionally published book—author style. Others are barely edited, or edited by an English major, or not edited at all, and these may be a little more suspect, simply because they haven’t been as thoroughly vetted. A professional editor might leave the character description alone, or trim it down, or remove it all together.

What’s your preference on description? Do you like it or hate it or don’t care either way? What do you do when you encounter character description in a book?

One Year Ago Today

One year ago today was the last time I gathered with people who were not my household family members or medical...

Stay In Your Lane

I spent several weeks in June helping my oldest son get all the practice he needed to take his driver’s license road...