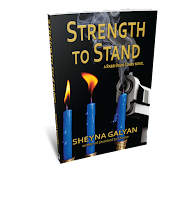 It is two days before my newest novel, Strength to Stand, is released to the public, and I would have expected myself to be ecstatic. The book and I have both overcome so many odds to get to this point that the very fact some interested reader can hold it in his or her hand is nothing short of a miracle. Emotions swirl around inside me: gratitude, pride, humility, joy.

Yet there are others there, uninvited guests who have taken up residence in the party room, scaring away the fun with their chilly presence: pain, despair, hopelessness, depression. I was certain I hadn’t invited them, certain my focus was on the guests I wanted. I had every intention of getting autographs from hope, opportunity, and love. So why the downer?

Because pistol triggers aren’t the only kind of triggers that can leave a gaping, bloody hole in one’s life.

If you’ve spent some time on this blog, you know that I’ve come out about battling depression, among other things. I’ve also written a little about what life was like in my family, growing up. Over time, I finally learned that I have worth, that my opinion counts, and that the Torah actually commands us to love ourselves (though not in a narcissistic way). These are life lessons that we need to learn experientially, not intellectually. And for those of us who grew up with a lot of criticism or shame or violence, learning these life lessons may well be the thing that keeps us alive.

But what these lessons do not do, unfortunately, is erase the pain or the shame or the scars left on our bodies and souls. And when something similar to those original assaults comes along, it can rip off the scabs, tear open the scars, and leave us hurting and weakened, right back in the center of hell.

There’s some interesting psychology around what are now called Adverse Childhood Events (ACEs). There are a total of ten (defined) ACEs, events occurring before a child turns 18, including but not limited to physical and sexual abuse, physical or emotional neglect, mental illness or addiction in the family, and divorce, violence, or death in the family. The ACE study has linked these adverse childhood events with later (decades later) physical and emotional health issues. The higher you score on the ACE Questionnaire, the greater the likelihood you’ll have one or more of the health issues commonly associated with ACEs.

Is it causal or correlational? The brain science behind the study does seem to show that it’s causal. Long-term stress caused by these ACEs has a physiological effect on the development of the brain, thus leaving individuals at greater risk for health problems and reduced longevity. But it’s not a death sentence. Science also shows that there are things we can do to help heal our brains.

Nowhere on that list, though, is finding ourselves, willingly or not, in the middle of situations that resemble the original assaults we endured.

We call those situations triggers, though that seems like a relatively innocuous word to describe all that scab-ripping, soul-tearing pain. Avoiding triggers is good. Becoming strong enough in ourselves that the triggers lose their power is even better.

I’m not there yet. I will be. But not today.

I got triggered this past week, which is probably what sent out the party invitations to the chilly, downer guests. Here’s what happened, in a nutshell.

The negative critic in my head has been busy too. “If you’re going to be an author, you’re going to need thicker skin than that. Maybe you’re not cut out to do this author thing.” No judgment there.

Intellectually, I get it. All authors get bad reviews. No author’s books are for everyone, and clearly, the snarky reviewer is not the intended demographic for my book. The greatest authors of all time get bad reviews. The book I’m reading right now and love has received bad reviews. It’s one person’s opinion and nothing more. I get it. I really do.
Emotionally, the child-me has associated that review with a parent’s authority, tossed it onto the mountain of evidence that I don’t measure up, and tried to convince me to find another career. Or at least stop writing Jewishly-themed books.
In related news, I’ve finally gotten around to watching the last half of Glee Season 5. The episode in which Rachel reads every negative review ever written about her performance in Funny Girl, of course, hit home. It begged the question, “Am I going to let the bullies, the haters, the trolls keep me from my passion?” Am I really going to give them power over me? Over my life?
Clearly, critics and bullies and haters (or those who comprise all three) are in abundance these days, especially on the Internet. Responses to them have made their way into popular songs, as well as television shows, evidenced by lyrics like, “Done looking for the critics ’cause they’re everywhere / They don’t like my jeans, they don’t get my hair” (P!nk, “Perfect,” 2010).
Taylor Swift, in an interview about the song-you-either-love-or-hate, “Shake It Off,” said, “The message [in ‘Shake It Off’] is a problem we all deal with on a daily basis. [. . .] We live in a takedown culture. People will find anything about you and twist it to where it’s weird or wrong or annoying or strange or bad. You have to not only live your life in spite of people who don’t understand you — you have to have more fun than they do.”
So as we head into the Jewish New year, as I ponder the year ahead and what I want it to look like, what G-d may want it to look like for me, words from the Unetanah Tokef—a thousand-year-old religious poem—come to mind: “Who will be safe and who will be torn? Who will be calm and who will be tormented?“

It is said, during Rosh Hashanah in general and during this poem specifically, that teshuvah (return [also translated as “repentance”]), tefilah (prayer), and tzedakah (justice [also meaning to act in a just or charitable manner]) can “avert the severity of the decree.” While some interpret this to mean they must confess their sins, pray more (or go to shul more), and donate more money to charity, here’s my interpretation:

Teshuvah (return): I return from what others think of me to knowing who I really am. I am Sheyna. I am created b’tselem Elokim, in the image of G-d. Through G-d, I am loved and accepted completely and unconditionally. Without need of caveat or disclaimer, I am enough, just as I am.

Tefilah (prayer): I internalize my intention to return, and I ask for G-d’s love and support in my process and at all times. I seek out time for prayer and meditation, time to Connect. I seek out people who are loving and supportive, and situations in which I feel safe and supported. 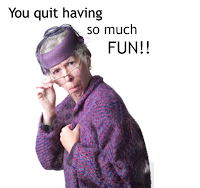 I know that this is not an all-done!-check-it-off sort of deal. We do have Rosh Hashanah every year, after all. We have every day to make a change. Every morning when I wake, up I can choose whether I want to keep my power or give it to the critics. In every moment, I can choose whether to see myself as I fear others may see me, or I can be who I am.

I may not be able to avoid the triggers, nor the wounds they leave. Yet. But I may have found the key to get out of that locked room of shame, and the exit door to show to my chilly guests.

Because damn it, I worked really freaking hard to get this book out into the world, and it’s time to party!

← Previous article: The Ups and Downs of Being an Author OR Check Your Ego at the Door Next article: Suspense and the David Cohen series →

Guides Can Be a Source of Support

I’ve talked this week about trauma, especially unsupported trauma. This is where an event or situation takes place...

I say that I’m about helping people to live the life they’ve always wanted, the life that they were taught they...